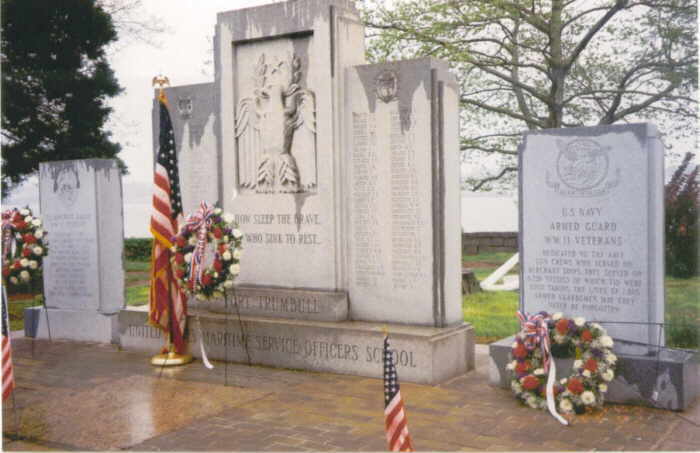 The center stone was put up by the US government as a memorial to the Merchant Marine Officers trained at fort Trumbull during WW II. The names of those lost in battle is on the stone.

The side stones are dedicated to the Armed Guard and Merchant Mariners from Connecticut that were hilled in action during WW II.